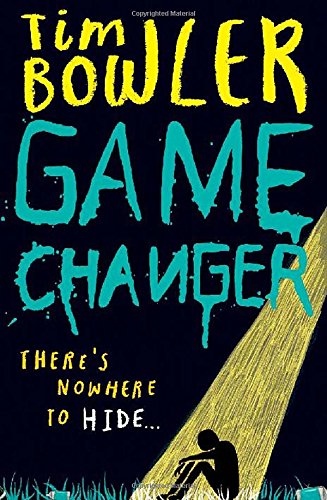 Mikey has suffered from agoraphobia for years. He’s long sought the sanctuary of his wardrobe, retreating to the darkness and the quiet whenever things get too much, but now he’s fifteen he’s getting a bit too big to fit in there. His parents struggle to remain patient. His psychiatrist maintains he’s making progress but has run out of suggestions. Only Mikey’s younger but rather precocious sister Meggie is completely unfazed by Mikey’s problems.

It’s Meggie who encourages him to push himself, to come with her to the local funfair, and to then spend time on his own. And he does it. But when he’s alone he witnesses something he wishes he never saw, and more importantly, the gang doing it witness him witnessing them. They know who he is, and they know where he lives. It’s going to take more than a wardrobe to keep him safe from them.

Tim Bowler avoids writing an issue-of-the-week sort of novel by wrapping up Mikey’s problems in a fast-moving, suspenseful thriller. There’s no time to stop and explore how Mikey can cope with various situations (let alone overcome them) because the story starts in the middle of the action and goes off at a running pace from the first page.

It takes a long time to discover precisely what it is Mikey witnessed before that first page – perhaps a little too long. The entire novel pivots on the fact that Mikey knows something that we don’t, and he won’t tell anyone (not even Meggie). Bowler stretches that mystery until it almost snaps, relying on the strength of his characterisation of Mikey to carry us through until the big reveal and a final confrontation.