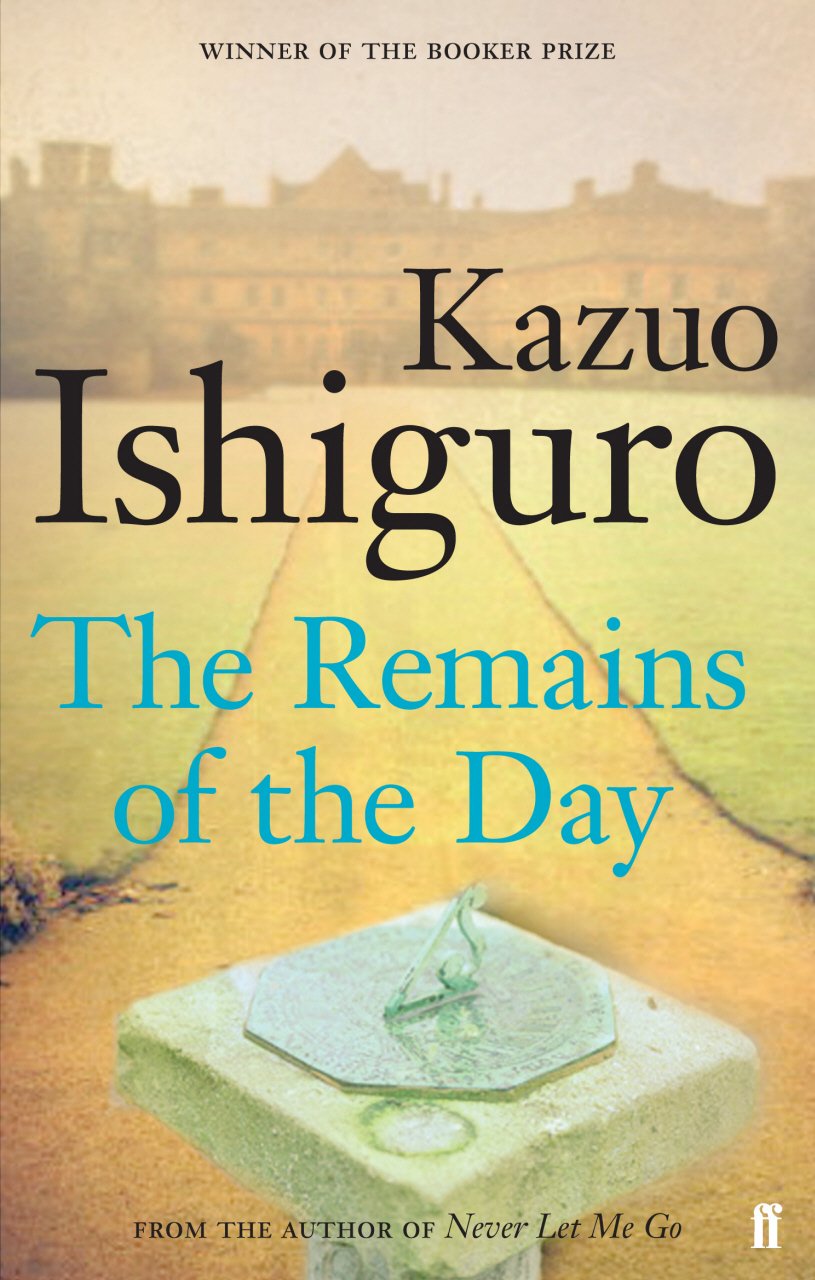 This is the fourth Kazuo Ishiguro novel I’ve read and it’s perhaps here he reached the apotheosis of their common theme about how we relate to the past. Indeed, whilst the novel is set over six days, nothing too consequential happens on any of them. Stevens, butler at Darlington Hall for many decades, takes an ambling drive cross-country to visit a former colleague who wrote him a seemingly regretful letter, but the action of most days consists of nothing more than sitting back to reminisce about a life he doesn’t even realise he’s more or less wasted.

Stevens has plenty of exciting stories to tell, though. In the 1920s and 30s his master was Lord Darlington himself, part of the meddling aristocracy who saw themselves as philosopher kings with a duty to help the little people who couldn’t be trusted to take care of themselves. Perhaps unsurprisingly what starts as concern for the suffering of ordinary Germans following the end of the First World War ends up on an unwittingly darker path within a decade or so.

Stevens isn’t a major character in any of his exciting stories, however. He is always on the sidelines, doing his bit by helping men he considers greater than himself. Meanwhile the rest of the staff at Darlington Hall have lives of their own, and Stevens considers it most troublesome when he has to replace ones he expected to be as dutiful as himself, but who then go off and get married. The last person he expects that to happen to is the housekeeper Miss Kenton, who spends years at the house, years in which Stevens grows fond of their little private chats. It is her he is driving across the country to see, decades later.

The novel is first and foremost a love story, though about a repressed love that ends up going in the wrong direction until it is perhaps too late to turn back. Stevens expresses his understanding of love through his sense of duty to Lord Darlington and Darlington Hall, and the patriotic ideals that his lordship espouses. But it is not a reciprocal love, and Stevens takes a long time to realise he deserves to be loved back. Too long, perhaps, for Miss Kenton.

The novel is only superficially about the last gasp of the old aristocracy. Some moments of satire get a bit silly at points, with Stevens’ observations and criticisms on the nuances of being a butler, and his pride (not just vanity or immodesty) in his own dedication to duty and wisdom of experience, so dripping in irony that he starts to feel unreal, just the butt of a clever joke.

But that’s the only flaw in a novel that is otherwise close to perfect. It clearly harks back to Brideshead Revisited, which centres around another grand home that has increasingly become an anachronism. Darlington Hall’s new owner is not even British aristocracy but nouveau riche American. Nobody else can afford the staff any more, and at the start of the novel Stevens even admits he is one of only a couple kept on, and most of the house has to remain under wraps. Indeed, he is as much an anachronism there now as Darlington Hall is an anachronism in postwar England. The problem is Stevens would now be an anachronism anywhere – except, naturally, the past over which he chooses to obsess.

Following the suicide of her eldest daughter, Etsuko and her younger daughter Niki spend a lot of time together, talking about the past, and particularly the period before Etsuko left postwar Nagasaki for England. She tells Niki about a woman she knew called Sachiko, once wealthy but fallen on hard times because of the war. Etsuko found herself looking after Sachiko’s disturbed young daughter Mariko when Sachiko periodically disappeared to be with the American lover promising to take them away from a city that never stopped to properly mourn the 73,000 killed by the atomic bomb before building over the top of the ashes.

Every character in the novel has a hole in their life and most of them don’t talk about it. For some it is a husband who never came back from the war, or family members wiped out in the bombing, but for others it is their secret lives happening off the page, outside Etsuko’s ken. The novel works as a passive mystery, with the truth slowly unfolding, the holes slowly being filled, one way or another.

The passive nature of the female characters (and the stilted dialogue they are sometimes burdened with, especially at the beginning) initially made me wonder if Kazuo Ishiguro is simply stronger writing men. But it’s written the way it is because it has to be, as becomes apparent towards the end, and as Ishiguro’s first novel I can forgive it lacking the perfected sheen of the two later novels of his that I have read. Sometimes dreamlike, other times reading like a parable, it’s a short novel that doesn’t outstay its welcome, but which I perhaps should have read before his others.

Early on in An Artist of the Floating World comes a rather English scene where the main character, an ageing, widowed artist, takes tea in his garden with his children, and they talk about family affairs and society gossip, whilst beyond the garden walls their city lies in bombed-out ruin. Postwar Japan is a nation in flux, unsure of what to become in the future or trapped by its past, depending on perspective.

The artist Masuji Ono is very much in the latter school, rarely leaving the confines of his house and garden – except in memory – because there’s not much of a world left for him out there. It’s a house he never would have been able to afford, except through the auction of prestige that its previous owner’s heirs used to decide who to pass it on to. Ono was a highly respected artist back then, and he was judged most worthy to buy the house.

But as his younger daughter seeks a husband, and her prospective husband’s parents investigate her family background, Ono fears his own part in Japan’s recent history will make them both appear unworthy. Desperate that his personal shame not impact his daughter’s chances in life, Ono is forced to go beyond his garden walls and confront faces from his past he hasn’t seen since before the war.

By his own (frequent) admission, Ono is an unreliable narrator, so we’re left wondering whether his sense of guilt for his complicity in the machine of empire is self-inflicted or whether, in fact, he simply wants us to believe it is only self-inflicted. This isn’t a melodrama or The Reader

and Ono is not a war criminal, and if he is guilty then he is far from alone.

Initially I would have said that An Artist of the Floating World is too short, and would have benefitted from being as long as the only other Kazuo Ishiguro novel I have read, When We Were Orphans

. I would have argued that on a larger canvas all of the minor characters wouldn’t simply have been ciphers for postwar Japan: Ono’s young grandson, the only true innocent; Ono’s former protégé, seemingly oblivious to his country’s wartime actions; the ‘village idiot’ who continues to sing nationalistic songs, to the disdain of the very people who taught him the songs but who now wish to be seen as part of the new, young Japan. But perhaps that’s how Ono sees it, or at least how Ono wants us to believe he sees it, accepting the mantle of responsibility whilst others blame people around them.

The novel has made me want to read more of Ishiguro’s work, but the book that jumped off the shelf this week was Canvey Island

by James Runcie. It has been waiting patiently to be read for about four years, but obviously decided now was the ideal time (or rather weather) for me to read a novel that starts with the 1953 floods.