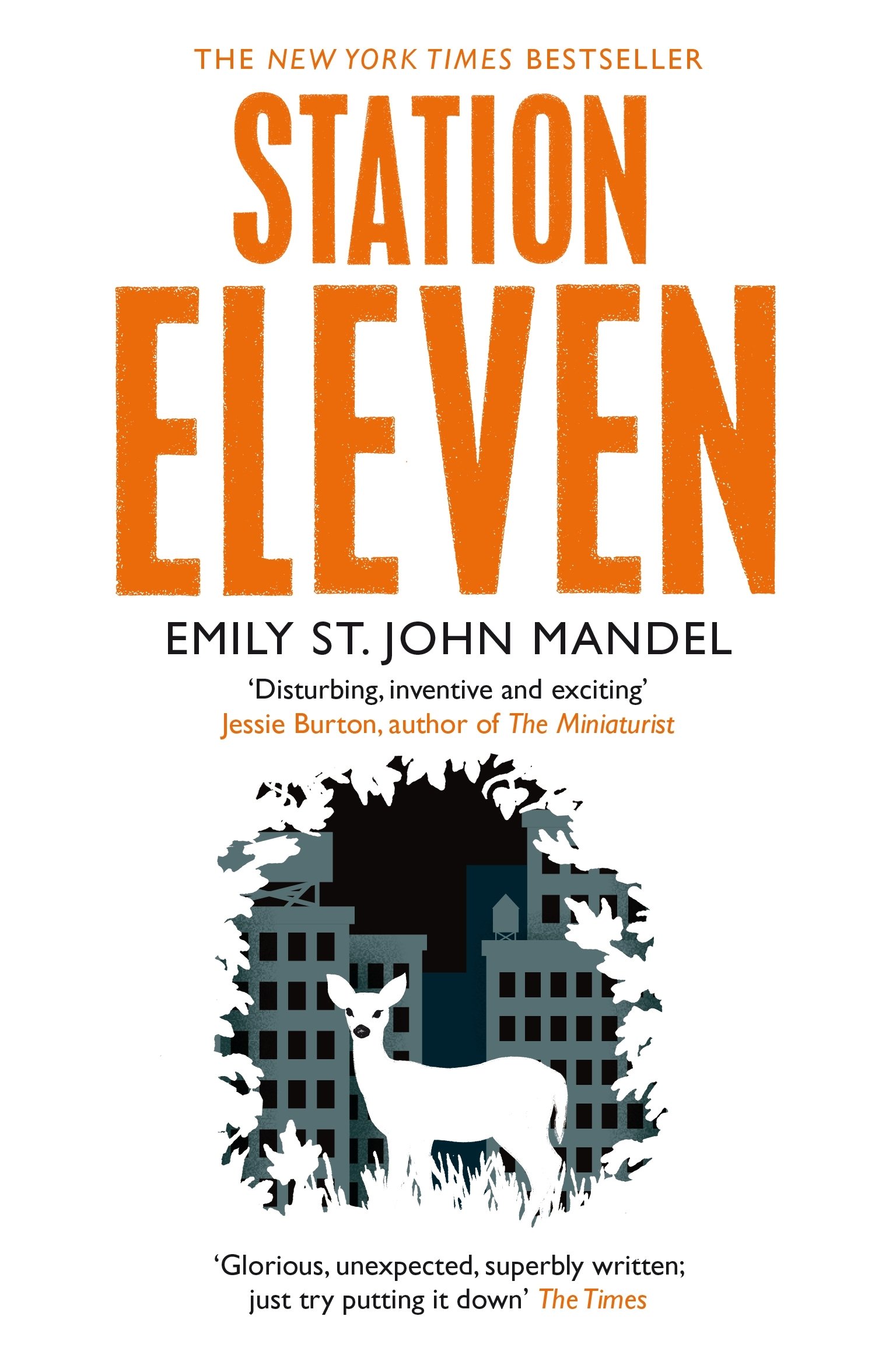 Kirsten and the rest of her Travelling Symphony of actors and musicians walk the empty roads between Ontario and Chicago, looking for outposts of fellow survivors in this depopulated North America who would like to sit and watch some free Shakespeare. Because, as the Symphony’s motto (and Kirsten’s tattoo) goes, survival is insufficient. For these artists, there needs to be more to life than simply existing, scrapping for food and salvage in the slowly decaying remains of the old electric world.

Kirsten is obsessed with finding copies of a little-known series of graphic novels called Station Eleven. They are set on a space station built to appear like a planet, drifting somewhat aimlessly through the cosmos, with all its inhabitants hiding beneath the surface and living a lonely existence. The books were written and drawn by an artist whose estranged husband Arthur Leander died on stage right in front of a young Kirsten, only a few weeks before the end of the world.

Kirsten’s storyline is juxtaposed against the relatively trivial lives of people before the arrival of the plague that killed off most of the world’s population. She lives somewhat vicariously via both the Station Eleven stories and the tawdry celebrity gossip rag news items about Arthur Leander and his lovers that can still be found littering the abandoned cities.

Putting on plays gives her and the others a sense of purpose to continuing to exist, but as with Station Eleven and the celeb goss, they are also about co-opting the apparently more interesting lives of others. Whether the characters in the plays and Station Eleven really have the more valuable lives simply because people are interested in the presentation rather than the reality is a question Kirsten never really contemplates.

Part of that is because the novel is somewhat overburdened with characters (Kirsten only just about manages to come to the fore overall), and could have done with being double – yes – the length. Kirsten is clearly yearning to make a connection, but it’s difficult to make a connection in a world where there aren’t many people left to connect with, and most of those she does meet will either be afraid of her or, perhaps more likely, give her immediate cause to be afraid of them.

There is hardly anybody left in this bleak Midwest to be interested in someone like Kirsten in the way she is interested in constructed personalities spouting perfect lines of poetry or long-dead celebrities gifted sensational captions to photos of them living apparently exciting lives. The only people who have any form of celebrity cachet now are apocalyptic cult leaders, and their fame is earned for all the wrong reasons.

Despite all this, the novel’s post-apocalyptic world is certainly not as bleak or miserable as The Road. In its celebration of art as a way of giving existence meaning, it helps give things a sense of hope. It’s whether that itself is pretty meaningless is something the novel leaves unresolved – mostly.