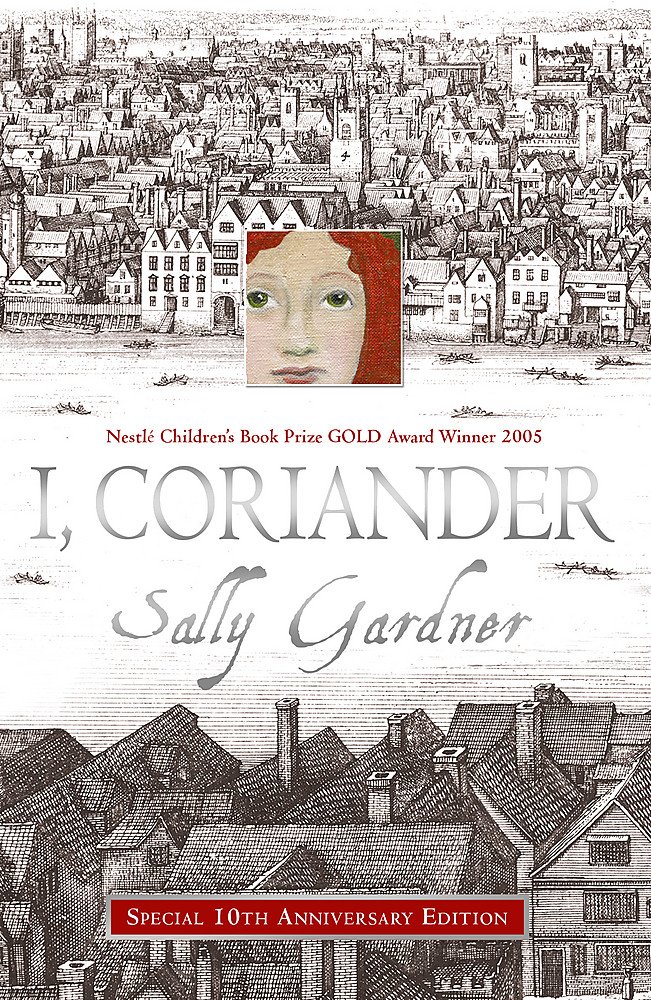 Coriander Hobie is growing up in the 1650s – Cromwell’s England. Her mother is a woman with secrets, but when she dies, Coriander fears those secrets may have died with her. Unfortunately for her, she soon has bigger things to worry about. Her father, never the most discreet of Royalist sympathisers, is warned that he should take a Puritan wife to prove he has had a genuine change of heart.

The plan doesn’t work, and he has to flee certain death, leaving Coriander behind with Maud, her new stepmother. Maud is the embodiment of the cruelty of ignorance. Under the sway of a fundamentalist preacher (the wonderfully named Arise Fell), she subjects the household to the pernicious meanness of puritanism, which eventually results in Coriander being shut in an old wooden chest as a punishment.

Her good god-fearing guardians haven’t even decided whether they will let her out in a couple of days or leave her in there to die. But they don’t get the chance to do either. Because Coriander has found another way out of the chest – one that leads to another world.

The historical half of the novel is suitably grubby and dripping with the usual injustices of political and religious oppression, which help give the more whimsical fairytale elements of the other half (it’s a bit like Cinderella finding a way to Narnia instead and not giving that prince’s ball a second thought) a bit more of an edge. I wanted to read more of the latter, which largely revolves around revelation of back story. Everything comes to a close very quickly, and I was left feeling as if this was just the start of a series.