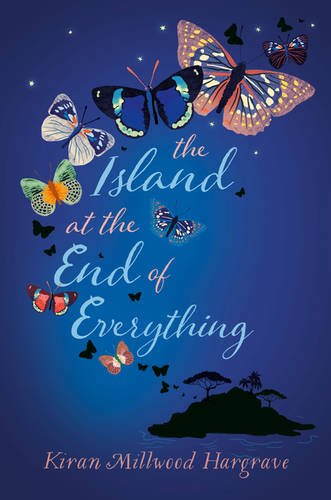 Amihan lives an apparently idyllic existence on the island of Culion. She and her mother live in a quiet, laidback village surrounded by friendly neighbours, their lives revolving around school, church and trips to the palm-shaded beaches that surround their forested island home. But Culion is not really the paradise Amihan can see, and she’s old enough now to properly understand why. Culion is a leper colony.

This doesn’t really matter to Amihan, though, until the appearance of the fastidious Mr Zamora. Zamora is an evangelical bureaucrat, a suited zealot on a mission from Manila to isolate all those who have been touched by leprosy and remove healthy children from their affected parents. This means Amihan must leave her mother and the only home she has ever known for an island of strangers, from which Culion is only visible on a clear day. There’s only one way she will ever get to go back, but she’s not going to be able to manage it on her own.

When a book is so wonderfully written as this one, what flaws it has become all the more apparent, but at the same time are easier to accept. I felt the ’30 years later’-style extended epilogue unnecessary, and that the pace slowed to a bureaucratic churn when Zamora became the one driving the plot for a while in the middle, but those niggles aside, this is still beautifully written, and a story that felt modern yet still with a certain timeless quality at the same time.

Zamora might be a drag on the pace for a few chapters, but he is still the richest character in the story – unforgivable, yet never evil; his small-mindedness balanced against his strange, strange love for butterflies. But at the end of the day, his desire to preserve their beauty forever by killing and pinning them captures the unrecognised turmoil that he both inhabits and creates for everyone around him. He’s drawn with a complexity that’s unusual for books supposedly aimed at this age group.