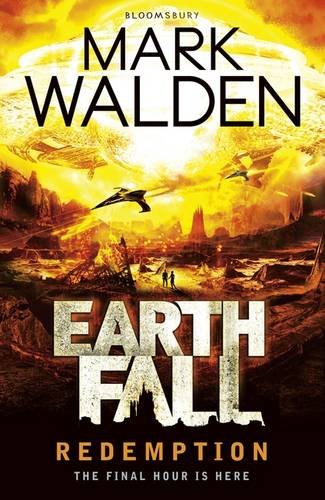 After finding out certain uncomfortable truths at the end of Earthfall: Retribution, Sam Riley and his friends think they know everything. They think Earth has simply been caught in the middle of an interstellar war between the Voidborn and the Illuminate, and that mankind is an irrelevant part of an epic battle that has spanned the galaxy for millennia. They believe they have survived the zombification that has rendered the rest of humanity inert because they have been experimented upon in preparation for this moment. They barely know the half of it.

Having barely recovered from the last foiled Voidborn attack, humanity suddenly faces an even worse foe. The Primarch has arrived in orbit of Earth, but he is not a new threat. Indeed, he is the main threat, the one behind Earthfall, and with the planet on its metaphorical knees, the time is right for him to reveal his endgame, and bring it to fruition. To defeat him once and for all, Sam and his friends must embrace the Illuminate technology they have been gifted – but to do so, and to win, will not be without sacrifice.

The stakes were already so high in the previous two Earthfall books that Mark Walden would always struggle to raise them much higher without making it practically impossible for his half-dozen mortal human heroes to succeed (to defeat an entire alien menace established to be nigh on unstoppable) in convincing fashion. As such Sam and his friends really do become reliant on outside help, in a two parts Iron Man to one part Power Rangers kind of way, and the humanity does get quite lost at times.

Fast-paced and filmic, with set pieces that could be levels of a video game (there are definite similarities with the Resistance games), this series has clearly been aimed at perhaps more reluctant readers, especially teenage boys who could easily be distracted by 101 other things. On that level, it’s a success, regardless of whether there’s anything particularly original here or not.