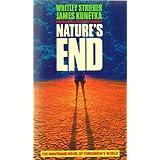 Earth’s biosphere is being slowly choked. A decade from now (which probably seemed a lot further away when this book was published in 1986), the Amazon rainforest has been reclassified as a desert. Much of urban America swelters under a semi-permanent cloud of toxic smog that is unable to blow away due to climatic change and perverted wind patterns.

The planet can no longer sustain its population. A mystic pseudoscientist called Gupta Singh has a solution for that – at precisely the same time, every person in every country shall drink a vial of liquid. One third of all the vials will be lethal. Scared of the future, holding everyone else responsible, people vote politicians subscribing to the Depopulationist agenda into power across the globe. And now they’ve taken control of the US government too.

John Sinclair is a ‘convictor’, a special kind of journalist who has a knack for finding the dirt – even if there wasn’t any before he started. He brought down a former President of the United States, but Gupta Singh is even more powerful, and is protected by allies and spies everywhere. Faced with environmental apocalypse, much of humanity is no longer averse to suicide (though preferably other people’s), but if Sinclair can bring Singh down, maybe they will open their eyes to another solution. Of course, Singh’s not about to let that happen without a fight.

There’s a bit of a libertarian streak running through the book that may have been satirical – the idea that government is too easy to corrupt and would ultimately prove a negative rather than a positive influence on environmental protection or human rights, the idea that people genuinely want to protect their environment (and each other) and would automatically choose do so if given the power. If satire wasn’t the intention then it’s not particularly convincing.

This novel probably seems a lot less like science fiction than it did when Whitley Streiber and James Kunetka wrote it. We may have made some progress against wholesale deforestation and acid rain, but most international efforts to deal with climate change are still beset with politicians merely playing lip service to concerns to win votes, and targets that only get agreed after plenty of horse-trading. We could still see the balance tip in the way it does in Nature’s End‘s backstory.

Streiber and Kunetka foresaw the digital world, only nascent in the mid 1980s but fully integrated into most people’s lives by the time the novel takes place. The convenience of having a voice-activated smart device to answer questions and manage your life is weighed against the ease of turning those conveniences against you. Technology here is isolating, in the sense that it provides a buffer between its dependents and everyone else, a buffer only noticed when it disappears.

Ultimately, however, it’s not a particularly hopeful novel and I got a creeping sense that it is somewhat revelling in its prophecy of doom – the same sense I get from George Monbiot articles. Even if things do go down the toilet, there’s always going to be someone whose last moment of happiness will be the chance to say, ‘I told you so.’