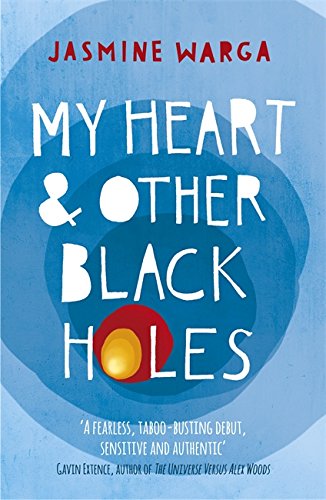 Aysel is the daughter of a murderer. That would be bad enough anywhere, but in smalltown Kentucky it’s social death. Aysel is so used to the other students at her high school avoiding her – as if a moment of madness might be inherited, or contagious – that she’s given up making an effort with any of them. Life is a lonely business for Aysel, and the only counsel she receives is from thoughts that tell her everyone else might be right about her.

The internet is a dangerous place for someone as depressed as she is, especially when it brings her into contact with another local teenager, Roman, who doesn’t want her as a friend either. He’s looking for someone to commit suicide with, because he’s not sure he can do it alone. He’s got a specific date in mind, to make sure everyone knows this is an act of atonement for something he did – or rather failed to do – on that date a year ago.

So unless she wants to die alone, Aysel has to wait until Roman is ready too. The problem is, in the meantime, they start to get to know each other, and Aysel learns why Roman wants to take his own life. And then she starts to see the effects that their deaths might have, even if he doesn’t.

This is a slight story, though not a slight novel, which allows its characters plenty of space to grapple with the enormity of the issues at its heart. Neither Aysel nor Roman are mentally ill in the same way that Theodore Finch is in All the Bright Places, a book that this one complements nicely, without retreading the same ground at all. Their depression is a response to events beyond their control, a sense of helplessness that has been rendered hopeless by misplaced guilt.

But ultimately it’s a hopeful novel. Not all of its threads are tied up at the end, and some of those that are tied up are tied with barbed wire. As such it doesn’t become unconvincing, doesn’t suggest all happy endings are easy ones, and doesn’t pretend that sadness and loneliness can simply be cured with a little mutual understanding.

Aysel is a wonderful narrator, initially – and superficially – straightforward, but who becomes more interesting when she becomes increasingly conflicted about the friendship that is blossoming with Roman, the only real friendship she has, but one that was apparently doomed from the beginning.