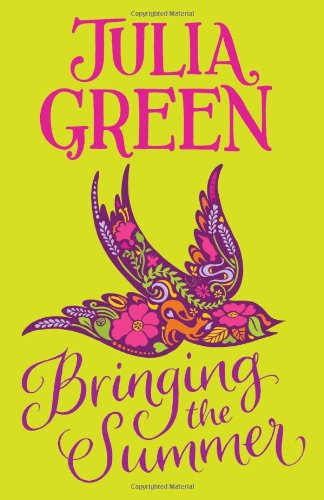 Bringing the Summer seems to start where Breathing Underwater ended, with Freya leaving her grandparents’ home in the Scillies at the end of the summer holidays. But Julia Green is playing a misdirection trick on those of us approaching this as a sequel rather than as a separate novel with the same narrator. Freya is now 16 and lives in a completely different world to the one she lived in a couple of years before.

At the same time, however, Bringing the Summer also starts in the same way Breathing Underwater started – with the sudden death of a stranger. Travelling home from her grandparents’, Freya’s train hits a girl who may or may not have fallen on to the tracks accidentally. Freya needs to know which, and why. She started to come to terms with the death of her brother Joe at the end of Breathing Underwater, but now she is older than he was at the time, and this girl’s death brings new concerns to the surface.

Freya’s need to understand why someone would actually choose death brings her into contact with the large family of a rather fanciable boy named Gabriel (or just Gabes to his friends). They weren’t related to the dead girl, but they were the closest she had to family. As Freya is slowly enveloped by Gabes’ family too, she starts to understand why, and also becomes painfully aware of the difference between this family and her own since Joe’s death.

When she meets Gabes’ older, darker, more mysterious brother Theo, however, and can’t help but be fascinated by him, Freya realises she’s living in Joe’s world now after all. But that’s a confusing place, in ways she never would have understood before.

Again the novel pivots around death, but it is not really about facing mortality or moving on in the same way Breathing Underwater was. This one is more complex, with a lot more going on. Freya had a simplistic understanding of Joe’s life in the earlier book, and came to reasonably straightforward conclusions by its end, but here she finds herself in more complicated situations, and comes to understand there are no easy answers to be had, really.

The two books complement each other. Juxtaposing Freya’s experiences in this novel against her experiences (and Joe’s, for that matter) in the last one helps them resonate more, but that’s not really necessary to appreciate the story. Joe has left a massive gap in his family but remains a haunting presence, and that much is made clear by Freya’s thoughts, unable to leave his memory alone. Reading this one without having read Breathing Underwater first, I imagine Joe would be more hole than character, but that is his main purpose here anyway.

Ultimately, however, I preferred Bringing the Summer, and by quite a considerable measure. I gave Breathing Underwater away after I finished it, but I think I’ll keep this one. 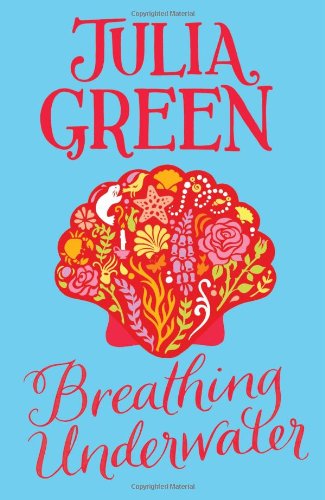 Breathing Underwater starts with 13-year-old Freya and her 15-year-old brother Joe finding the body of a young fisherman washed up on the beach of the remote island where they are staying for the summer holidays. It is their first encounter with death in a book that centres on it. By the start of the second chapter, a year later, Joe is dead too.

Now 14, Freya returns to her grandparents’ house on the island for the first time since her brother’s accident. She comes alone, her parents unable to face the bad memories the place might bring to the surface. Whilst everything has changed at home, Freya finds the island is much the same as it always has been. The other teens who come back with their families year after year are back yet again, a little taller but otherwise apparently unchanged. Superficially at least, Freya finds it very easy to fit back into island life.

But she is haunted by what happened to Joe, and all the unanswered questions she has. This, she realises, is what drew her back to the island, and that urge was stronger than a desire to avoid the scene of the accident. As she obsesses over getting answers from the others, she slowly comes to understand that, despite appearances, everything and everyone is moving on, and hasn’t really stopped doing so in the past twelve months.

It’s a short novel, largely uneventful, but feels full of rich characters and their insights, all drawn together by a girl who feels out of step with the world, or that the world is now out of step with her, jarred off course by the death of Joe. This has of course affected her more than it has affected most other people, but she gradually reaches an understanding that allows her to move on too, without feeling that this is betraying her brother. The world hasn’t stopped for her either.

Though the book centres on death, it ends up being about life, really, as many novels about facing mortality tend to be. Death here isn’t anything sensational, though Julia Green does not trivialise it or pretend it’s something that means something different to teenagers than what it means to adults.

I am currently reading the sequel, Bringing the Summer, about Freya when she reaches and surpasses the age at which Joe died, and reading the novels in tandem seems to have been a good idea.