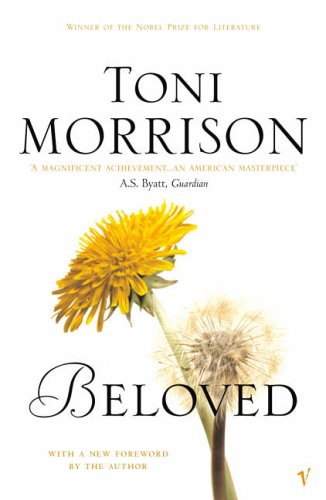 Sethe is one of several slaves on the Kentucky plantation known as Sweet Home. Her masters are quite benevolent, as slave-owners go. They treat their slaves well, educating the men and developing bonds of trust. But at the end of the day, Sethe and the others know they are still just property, and if they can be bought they can be sold, and perhaps to those who flog or even rape their slaves with complete impunity.

In the mid 1850s Sethe escapes Sweet Home with her children, but is hunted down by slave-catchers after she makes it to Ohio. Rather than have her children returned to live a life in chains, literal or otherwise, Sethe tries to kill them. She succeeds in killing her 2-year-old daughter, Beloved.

Over a decade later Sethe has managed to escape slavery again, but this time the law is supposedly on her side. Post-Civil War Kentucky having gone through various lynching-led attempts at ethnically cleansing all the liberated slaves from the area, Sethe has gone back to Ohio. Her home is haunted by a restless spirit, however, and when she manages to get rid of the ghost, a young woman shows up – one going by the name of Beloved. It might be a coincidence, of course, but Sethe knows it is not.

As I started reading this novel protesters in Ferguson, Missouri claimed headlines worldwide following the killing of unarmed black teenager Michael Brown. As I finished reading the novel, the black actress Daniele Watts was arrested in Los Angeles after kissing her white husband in public and allegedly being assumed a prostitute. Clearly the spectre of slavery continues to haunt modern America.

It doesn’t seem to matter that an African-American is President. Daniele Watts was automatically a suspect, and when I Googled her to check the spelling of her name, the top entries were Daily Mail articles demanding she apologise for using the race card by complaining about her treatment. Meanwhile Fox News reports how the officer who shot Michael Brown has become a victim because of the reaction to the incident, and their commentators take to the airwaves to lament how they are tired of constantly hearing about black persecution.

Jon Stewart summed it up perfectly on The Daily Show when he countered that there are probably plenty of people in America tired of constantly living with it too. Exorcising the ghost of slavery from America – and with it the concomitant assumptions of white entitlement and black inferiority – is clearly going to be as difficult as it is for Sethe when she tries to get rid of the ghost from her house.

Killing Beloved was Sethe’s attempt to purge her own sense of bondage, but whilst the freedom of death is undeniable, it’s not real freedom. DH Lawrence was wrong, Toni Morrison seems to say – these dead don’t look on and help. They return only to remind Sethe that she isn’t yet free. She may no longer be a slave, but as an African-American and as a woman, she cannot expect to unlock the chains with something so flimsy as a piece of paper signed by a group of white men.

Sethe has long known that she must snatch glimpses of freedom wherever she can find it. “To get to a place where you could love anything you chose – not to need permission for desire – well now, that was freedom”, one of the character says at one point. This is a passionate novel, far more than I was expecting. Sethe’s actions never appear to be cruel or unloving, but she had learnt to love small, to not get too attached to anyone, because “To love anything [more than that] much was dangerous. The best thing was to love just a little bit so that maybe you’d have a little love left over for the next one.” Murder may have seemed like the most loving thing she could do for Beloved at the time, but only by letting go of her guilt and learning to love big can Sethe look forward to enjoying a little more freedom in this life rather than in the next.