When they are nine years old, neighbours Quentin Jacobsen and Margo Roth Spiegelman find a dead body in a park. That’s the day Quentin falls in love with Margo, but over the next decade he could barely even call her a friend. Then, a few weeks before the end of high school, she suddenly turns up at his window in the middle of the night, and conscripts him in a campaign of epic revenge against those who have wronged them both.

Quentin has never been more in love with her. The next day at school he expects everything to be different. And they are. Margo has completely disappeared. Except perhaps not as completely as first appears. As Margo fails to reappear even after several days, Quentin begins to believe she has left behind secret messages just for him, even if his friends think he’s seeing what he wants to see. They’re wrong, of course. The only questions are whether the messages are clues to where she has gone, whether she actually wants to be found, and indeed whether she will even still be alive when Quentin catches up with her.

With The Fault in Our Stars

, John Green has recently broken through that point where even people who don’t know anything about him have heard of his name. He’s the crown prince of YA, filling the void left by Stephen Chbosky after he never wrote a follow-up to The Perks of Being a Wallflower

, which centred around a similarly feisty girl who also only appears in half the story. Unlike Looking for Alaska, Paper Towns doesn’t suffer from its most interesting character’s disappearance from the plot, possibly because she’s still there at the heart of it, even if not physically. Both books are more about the teenage boy than the teenage girl he is obsessed with, anyway, but Paper Towns does it better.

This is a novel about a journey, in more ways than one. It’s about life and death, Walt Whitman and Wikipedia, and all the little things that either become less important or more important as you grow up.

I encountered many inspirational writers during my time at the University of East Anglia, some of them – Paul Magrs, Bernardine Evaristo – there to teach, but others there to learn alongside me, such as Bel Greenwood. I read her children’s fantasy novel earlier this year and I look forward to the day when it’s in bookshops so you (and/or your kids) can enjoy it too. Anyway, Bel has remained in lovely Norwich, and she’s involved in various grassroots writing projects, both with kids and adults. I’m therefore happy to share details for a competition one of her groups is currently running for female writers living in Norfolk, Suffolk, Essex, Cambridgeshire, Bedfordshire and Hertfordshire. 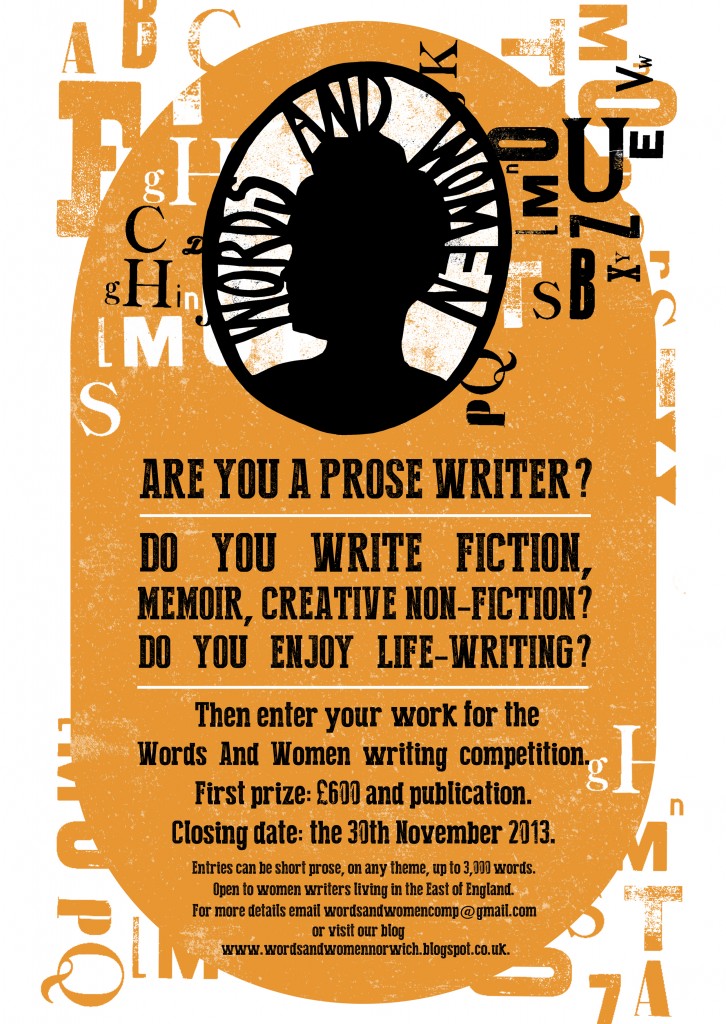 Today, 347 years ago, was the day a terrible blaze on several London streets turned into a major disaster that would consume the entire city. The fire had broken out the previous night in a bakery on Pudding Lane. The long hot summer of 1666 had left this wooden metropolis bone-dry, its wells almost empty, but whilst these were factors why the fire proved unstoppable, the reason it spread so far was the easterly gale that started blowing on the evening of the 1st and didn’t stop blowing until the 5th – the day, uncoincidentally, that the fire finally burnt itself out.

For much of Sunday 2nd, the fire was an exciting spectacle watched from the apparent safety of balconies several streets away, an amusing piece of gossip – heads would surely roll once the incompetence of those failing to extinguish the fire after several hours was revealed publicly! By the evening of the 2nd, the fire was no longer an entertainment. Those on the ground found throwing water at the flames ineffective. The wind blew so hard that it carried burning embers across streets so that new fires would break out behind the volunteer firefighters, forcing them to retreat.

The fire burned so hot that dry wooden surfaces facing the heat began to spontaneously combust, even without help from the wind. As all these separate fires grew, they were absorbed into a single burgeoning inferno, a wall of fire that spread west into the heart of London. Nothing could be done to stop it. They even tried blowing up buildings in its path and removing the rubble so that the flames couldn’t spread, but those flames were now so large – several times taller than a man – that the fire was even able to cross the River Fleet without much difficulty.

Night on the 2nd threw the true extent of the fire into terrible relief. By sunrise on the 3rd, civil order had broken down, the amateur firefighters had abandoned their attempts to get the conflagration under control, and tens of thousands of people were attempting to flee the city. By the evening of the 5th, over 80 per cent of them would be homeless.

The action of my forthcoming children’s novel, The Thieves of Pudding Lane

(Bloomsbury, October 2014), takes place almost entirely on the 2nd, but I have used a little creative licence and accelerated the spread of the fire slightly. Much of the final act of the story would probably have been more likely to take place on the 3rd, but I couldn’t exactly have my characters hanging around an extra day.

Though some 13,000 houses were destroyed by the Great Fire of London, the area the inferno consumed is actually only a handful of stops on the modern Circle Line. It took quite a long time to spread as far as it did, and almost everyone had plenty of time to get out of the way. As it was, only 6 deaths were officially attributed to the disaster, though I suspect it was much higher. Then as now, London was a world city, home to countless transients and indigents. They died in one of the worst fires in history – of course it didn’t leave many bodies to count.