Yesterday the last British typewriter rolled off the production line and into history, as the last manufacturer finally stopped taking any more orders. Yes, I thought they’d stopped making them years ago too, but I suppose it’s like those aged celebrities to whose death your first response is surprise they had still been alive anyway (not a good reaction to have when they announce a new tour, though – my apologies to Chuck Berry circa 2008). Apparently there was still demand for about 30 units a year, mainly from American legal firms requiring typewriters for their ability to use carbon paper.

I imagine a good old-fashioned typewriter is a much-fetishised object amongst writing folk. I don’t mean the grey plastic box that was manufactured yesterday, complete with a plug and little LCD screen. I mean a gothic piano made of black-painted iron and a solid wooden base (coming from the days before aluminium, MDF or plastic for that matter) that would guarantee RSI or other serious nerve damage after career-long use. Things that weighed about as much as £10,000 worth of iPads. Like this. 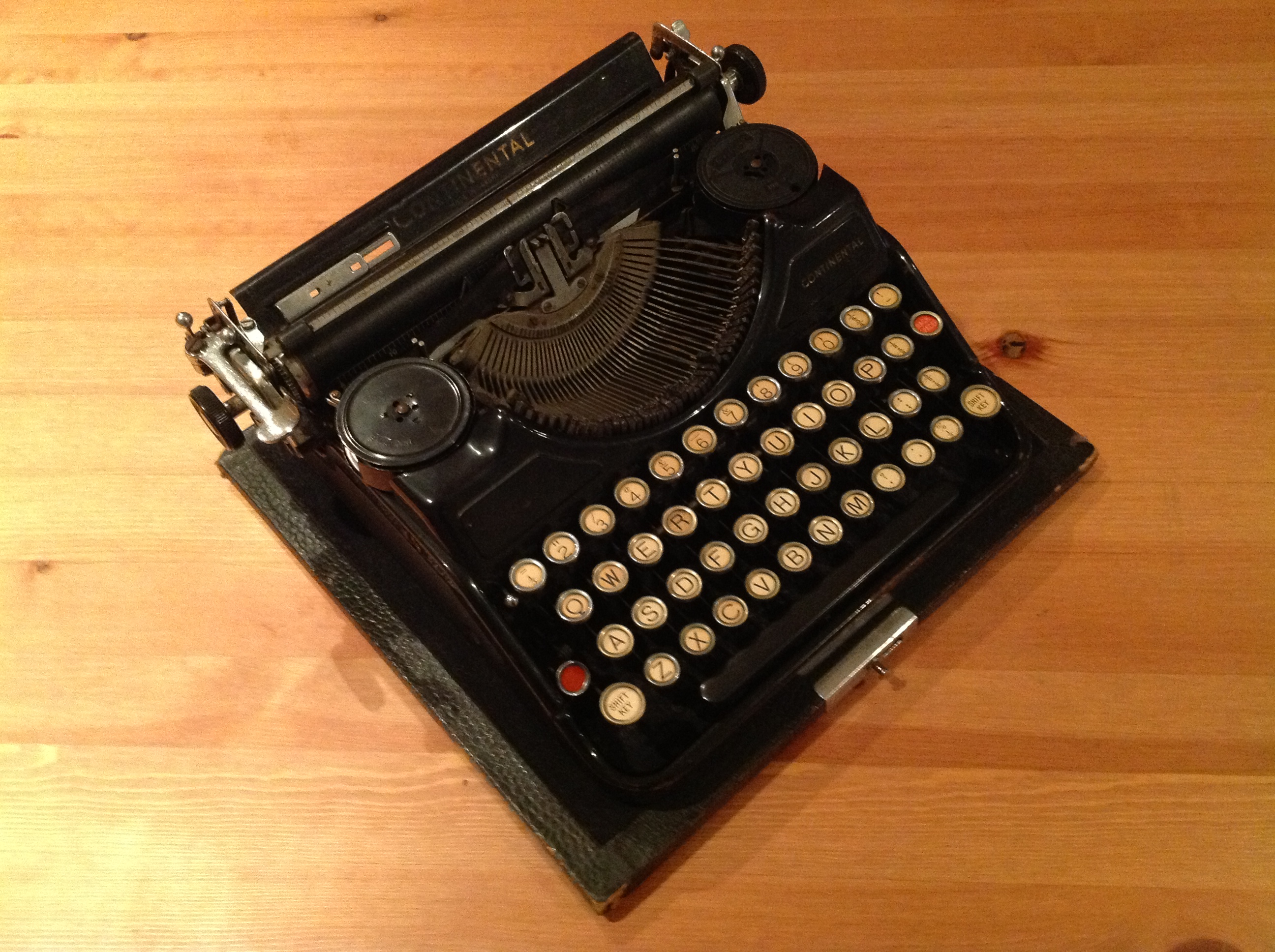 I learnt to touch-type on this thing, which is no mean feat given that between the keys lies a fall to certain doom for poorly targeted fingers. Like getting them caught on snake fangs, trying to pull them out from under the keys only ensures they get stuck harder. Of course, that does inspire you to learn more quickly how to type…

I never intended to learn how to type, but in 1991 after a boy at my primary school announced in assembly he had sent his story off to publishers I decided it was high time I get serious about the whole writing thing too, and that meant typing something up so that it looked professional. My mother offered to do the typing, seeing as the typewriter was technically hers, but I got impatient waiting for her to find the time. She never got the typewriter back. Unfortunately my thirty-odd pages of handwritten literary greatness amounted to only seven and a half pages of typewritten literary greatness.

And because the shift key to use capital letters was effectively a lever that lifted the entire top half of the typewriter up from the bottom half (and again I must reiterate, black-painted iron) I just kept the caps lock on and typed it all in capitals. Needless to say I didn’t make my fortune with Tom and the Stones of Doom (which naturally bore no resemblance to Indiana Jones and the Temple of Doom which I had just seen on television for the first time).

Over time I got so used to typing on it that I could tell precisely when the line break bell was about to ring and I could turn the paper roller through the three required teeth for a single line space with a precise flick of the wrist.

To me, this was what real writing was about. This was what Jessica Fletcher was doing as the camera swept over her fingers dramatically in the opening titles to Murder, She Wrote (before they jumped the shark and gave her a ghastly blue-screened DOS word processor instead). Everything that came out of that typewriter looked like it was already part of literary history.

I finally switched over to computer in 1993/4, at which point the dull glow on screen stopped making the words look so perfect. But I have never got rid of the old behemoth. The laptop I bought in 2007 finally gave up the ghost this time last year. Some 80 to 90 years after it was built, I can still get words out of the old typewriter. 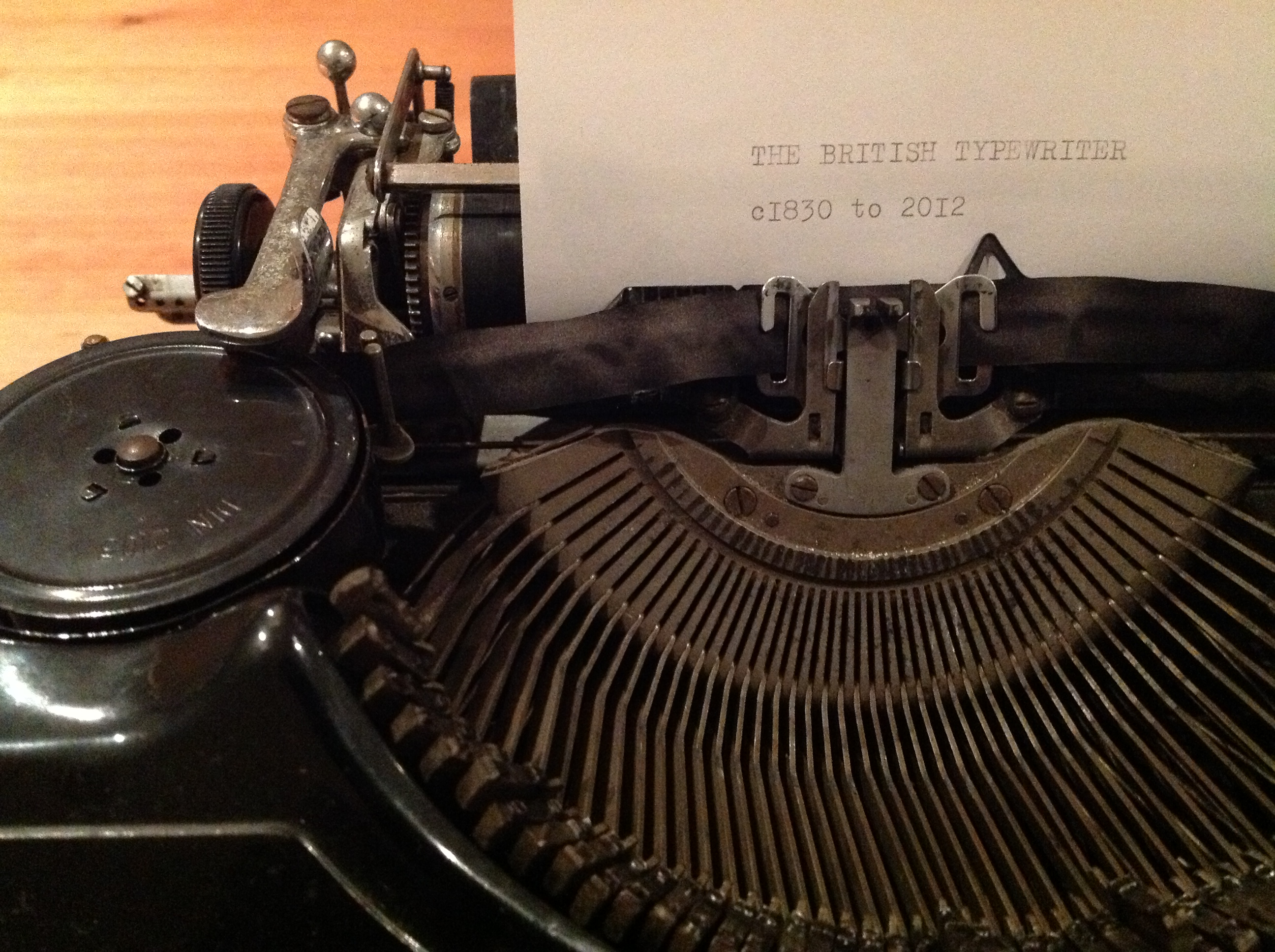